Tuesday, on the first day of officially sheltering in place here in San Francisco, I did an evening exploration of my neighborhood. 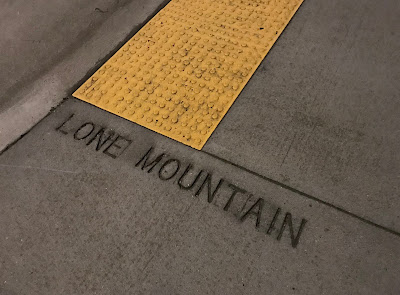 I love Golden Gate Park, but it's challenging to stay far enough away from other people there. Paths are not six feet wide, joggers and small children sneak up on me from behind, and I keep having to move off the trails and end up trampling vegetation. I thought it might be easier to maintain a safe distance from humans on my residential neighborhood sidewalks. After a long day of work reorganizing my teaching so that I can do it online, I gave sidewalk walking a try.

Usually I'm very goal-oriented, even when pursuing "leisure" activities. On a normal walk, in normal times (ah, the good old days - only a week and a half ago!), I'd be thinking: "I'm following x route, I'm exercising for x amount of time, I will achieve x things (visit the bank, buy groceries, see the turtles in Stow Lake...)." That's how I am wired. But now is a time for re-wiring almost everything.

Attempting to jettison old habits, I redefined the aim of my walk. This walk would be rambling and inefficient. I would walk the way I do when I visit a foreign city for the first time. I would approach my neighborhood as an exploration, and seek out nooks and crannies that, in 20+ years of living in the Inner Richmond/Lone Mountain, I haven't yet visited. I would boldly go where I have not gone before (but, you know, on a very local scale)! 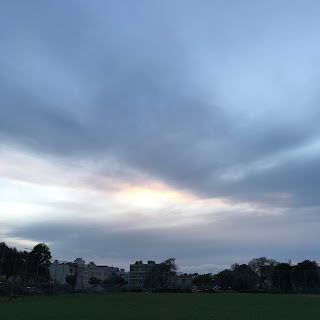 Sunset was approaching and I wandered over to Angelo J. Rossi Playground. The athletic fields were empty, except for a young couple having a romantic dinner date behind one of the baseball diamonds. I was glad to be in an open green space, but footprints left in the dirt and an abandoned ball gave the scene an eerie, melancholy feel, and I wished this was all just a movie I could go home from. 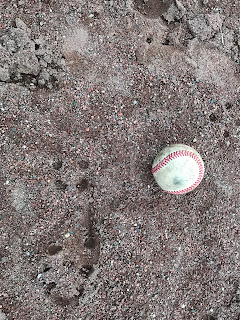 Likewise the children's playground was hauntingly empty. It is not safe for kids to touch this shared equipment now. I was reminded of the abandoned kindergarten I saw in Pyramiden, a mining ghost town up in Svalbard in the Arctic. There, polar bears roam through the abandoned structures. Here it is a virus. I wonder when, or even if, I will be able to journey to far-away lands again. 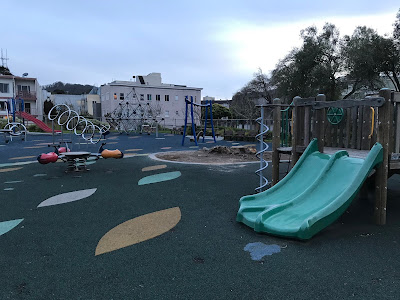 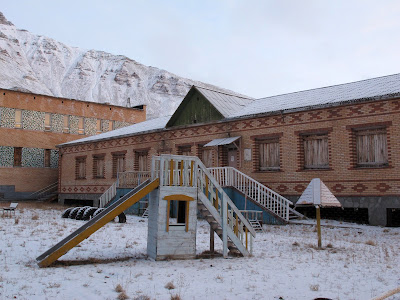 Checking out the "No Outlet" street... 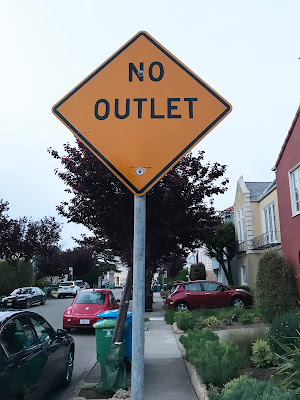 ...I discovered an entrance to the San Francisco Columbarium. I hope to not end up as a resident here, at least not for many years to come! The architecture is lovely though. 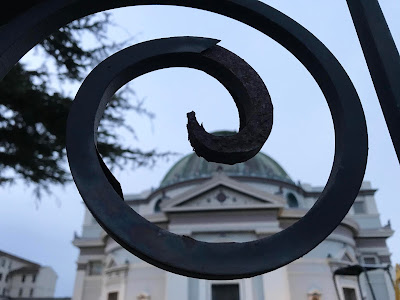 On to happier thoughts! Some folks in my neighborhood are doing very nice things with succulents. 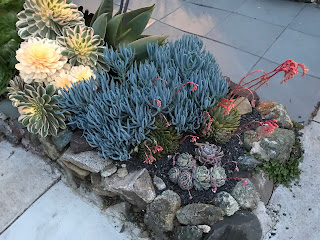 This lovely mini-garden borders my new favorite street: Lone Mountain Terrace. It's a narrow, easy-to-miss, alleyway-ish, pedestrian-only lane that runs for three blocks between houses and apartment buildings. Alone in the dwindling light, my imagination granted Lone Mountain Terrace an air of mystery and a European feel, like I was on a small street in an old Bavarian town (without the worn, granite cobblestones though). At least in the short term, we are going to have to cultivate traveling in our imaginations. 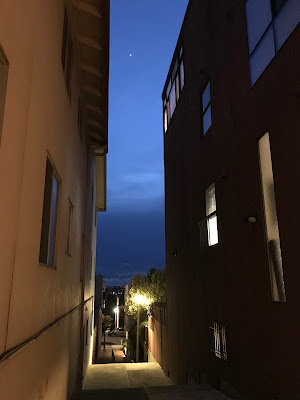 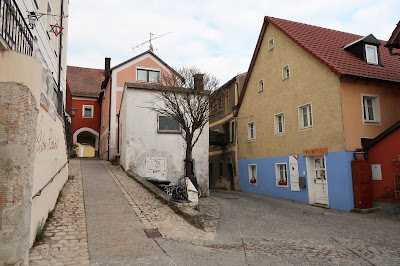 It was only 7:30pm, yet there was very little traffic. This allowed me actually hear my footsteps, and to notice that select stretches of Lone Mountain Terrace have very intriguing echoes. The hard parallel walls reflect sounds back and forth into strange mutations. It would be fun to do some recording here (but please respect the neighbors!). 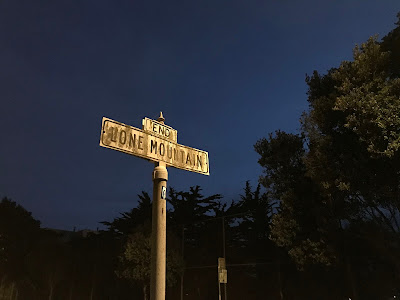 Having successfully walked off the day's stress and gloom I headed home. It was now fully dark. Two blocks from my apartment I encountered a homeless man in a wheelchair crossing the street. When he asked for money for food, without even thinking I blurted out my usual response: "I don't have any cash on me." This was true, I had left my house without my wallet, but as I walked away I immediately felt terrible. I felt like a sham, a failure as a human being. Now, more than ever, we have to help each other out, and this means everyone.

I rushed home, filled a bag with food, and scoured the neighborhood until I found him five blocks away. I gave him the food and then helped him get to a bus stop. Chaos is an opportunity to reorganize, to put things back together into something better.
Posted by Cheryl E Leonard at 1:06 PM